The nurse diagnosed with Ebola – Pauline Cafferkey – is no longer on the critical list London’s Royal Free Hospital has announced.

Ms Cafferkey, diagnosed with the Ebola virus in December shortly after returning from Sierra Leone, had been in a critical condition early in the year but is now showing signs of improvement said the hospital.

A hospital spokesperson said: “The Royal Free Hospital is pleased to announce that Pauline Cafferkey is showing signs of improvement and is no longer critically ill. She remains in isolation as she receives specialist care for the Ebola virus.” Thirty-nine-year-old Ms Cafferkey had been one of many UK NHS staff to volunteer for the charity Save the Children in West Africa. In December she had travelled home to Scotland via Casablanca, Morocco, and Heathrow Airport in London.

After reporting feeling unwell, she was placed in an isolation unit at Glasgow’s Gartnavel Hospital before being transferred to the Royal Free Hospital in London.

“This is really good news – the team at the Royal Free have done a fantastic job”, said Professor Jonathan Ball, Professor of Molecular Virology at the University of Nottingham. “We will never know if investigational drugs and convalescent plasmas contributed to her improvement, but it does once again highlight the huge benefits that modern well-resourced critical care interventions can bring to those suffering from severe Ebolavirus infection.

“Hopefully this is a sign that Pauline is well on her way to full recovery, although it might be some time until she tests negative for the virus, and is allowed out of isolation.”

The World Health Organisation has reported that the number of people infected by Ebola in Sierra Leone, Liberia and Guinea has now passed 20,000. 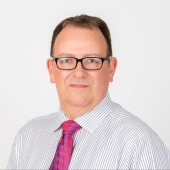